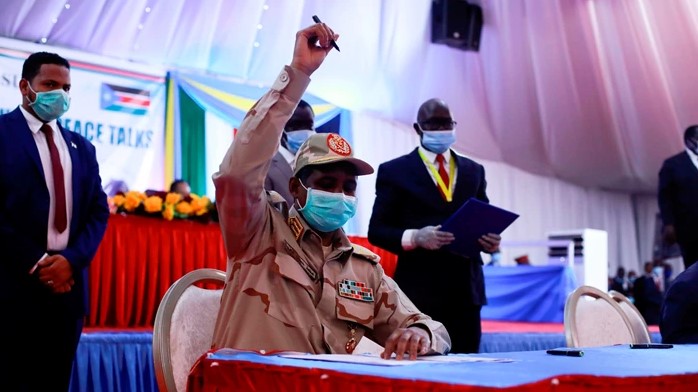 In signing successive peace deals with entrenched rebel movements last week, Sudan drew upon the legacy of Thomas Jefferson. “The constitution should be based on the principle of ‘separation of religion and state,’” read the text of an agreement between the North African nation’s joint military-civilian transitional council and the Sudan People’s Liberation Movement–North (SPLM–N).

“The state shall not establish an official religion.”

The declaration of principles further cements Sudan’s efforts to undo the 30-year system of strict sharia law under President Omar al-Bashir, during which Islam was the religion of the state.

The agreement was signed in Addis Ababa, Ethiopia, four days after a more inclusive peace deal was signed with a coalition of rebel groups in the Sudan Revolutionary Front in Juba, South Sudan.

The Juba agreement established a national commission for religious freedom, which guarantees the rights of Christian communities in Sudan’s southern regions.

Sudan’s population of 45 million is roughly 91 percent Muslim and 6 percent Christian. Open Doors ranks Sudan at No. 7 among the 50 nations where it is hardest to be a Christian.