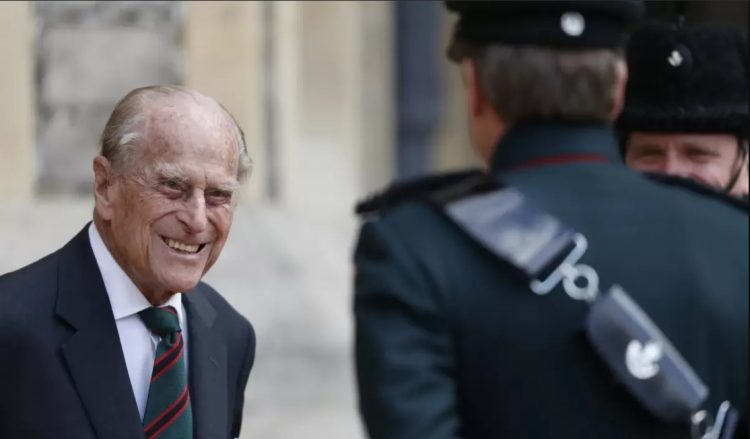 The Duke of Edinburgh has died, Buckingham Palace has announced. Philip, 99, was the longest-serving consort in British history. The duke and the Queen were married for more than 70 years and Philip dedicated decades of his life to royal duty, serving the nation at the monarch’s side.

He officially retired from public engagements in the summer of 2017. The Palace said in a statement: “It is with deep sorrow that Her Majesty The Queen announces the death of her beloved husband, His Royal Highness The Prince Philip, Duke of Edinburgh. “His Royal Highness passed away peacefully this morning at Windsor Castle. “Further announcements will made in due course. 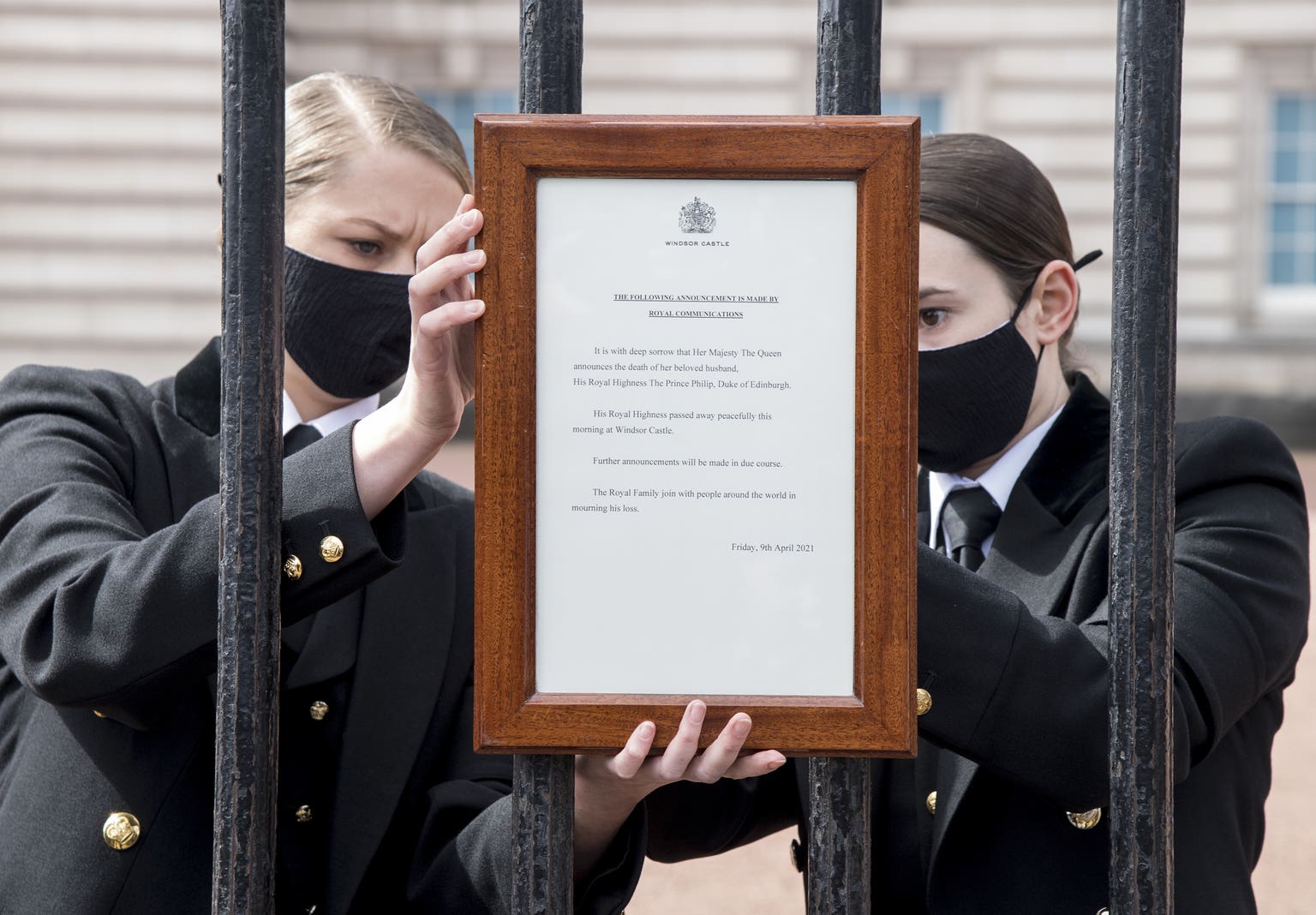 “The Royal Family join with people around the world in mourning his loss.” While Prince Philip didn’t often address matters of faith, royal photographer for The Sun, Arthur Edwards, described him ‘as a good Christian man.’ Edwards took many photographs of the Queen and the Duke Edinburgh over the years and said his faith was evident.

“He’s a very Christian man. When I’ve seen him in church the first thing he does is say his prayers, deep in prayer throughout the whole service.”

Gavin Ashenden was an honorary Chaplain to the Queen from 2008 until 2017. He told Premier how he imagined the Queen would cope following his death. “The fact is she is a Christian and we are all making our way to heaven and bits drop off, literally, figuratively, emotionally we have to die to live, she’ll understand that he will be in heaven and she will meet him there and that’s how all Christians manage death.”

John Pritchard, former Bishop of Oxford and Bishop of Jarrow preached at Sandringham: “I think Prince Philip had a real faith but an intelligent, thoughtful, questioning faith as well. He loved, as it were, taking us on or getting into some proper debate,” he told Premier.
The death of the duke comes in the midst of the worst public health crisis for generations as the UK and countries around the globe reel from the devastating impact of the coronavirus pandemic.

It has also taken place in the aftermath of the Duke and Duchess of Sussex’s bombshell Oprah interview which left the monarchy in crisis after Meghan accused an unnamed royal of racism and the institution of failing to help her when she was suicidal.

Philip had returned to Windsor Castle on March 16 to be reunited with the Queen after spending a month in hospital – his longest ever stay.

He initially received care for an infection but then underwent heart surgery for a pre-existing condition.

The duke had looked gaunt as he was driven away from King Edward VII’s Hospital in central London, having been pushed in a wheelchair to the waiting car.

Philip – father to the Prince of Wales, the Princess Royal, the Duke of York and the Earl of Wessex – was just two months away from his 100th birthday in June.

He spent much of the Covid-19 crisis staying with the Queen at Windsor in HMS Bubble – the nickname given to the couple’s reduced household of devoted staff during lockdown.

Philip briefly stepped out of retirement in July 2020 when he carried out a rare official public engagement at Windsor.

The duke looked in fine form as he made his way down the steps to the Castle’s quadrangle for a socially distanced ceremony to hand over his Colonel-in-Chief of The Rifles role to the Duchess of Cornwall, who was almost 100 miles away at Highgrove.

He showed he had lost none of his mischievous sense of humour when he joked with one of the soldiers about their fitness levels.

In April 2020, the duke released his first major statement since his retirement, praising key workers including refuse and postal staff, for keeping essential services running during the pandemic.

He was also pictured with the monarch at the Berkshire castle to mark his 99th birthday on June 10, at the secret lockdown wedding of his granddaughter Princess Beatrice on July 17 and with the Queen to mark their 73rd wedding anniversary in November.

On December 18, Philip released a rare public message praising teachers and school staff for their efforts teaching the nation’s children during the pandemic.

The Queen and Philip spent a quiet Christmas in 2020 at Windsor alone, except for their staff, and Buckingham Palace announced on January 9 2021, during England’s third national lockdown, that they had both received their Covid-19 vaccinations.

But the duke was hospitalised for a month from the middle of February, eventually having heart surgery.

The royal family has experienced troubled times in recent years.

They had to deal with Megxit, when the Duke and Duchess of Sussex quit as senior royals in order to earn their own money in the US, following frustrations with their role within the monarchy and Harry’s rift with his brother, the Duke of Cambridge.

Meghan accused a member of the royal family, not the Queen nor the duke, of raising concerns about how dark their son Archie’s skin tone would be before he was born.

Meghan also told of how she begged for help when she was suicidal, but said the institution gave her no support.

The Queen said the issues were concerning, but that “some recollections may vary” and the matter was a family one that would be dealt with privately, but the royal family was left reeling at the claims.

In November 2019, the Queen and Philip’s second son the Duke of York stepped down from public duties, following his disastrous Newsnight interview about his association with convicted sex offender Jeffrey Epstein.

Philip survived a car crash when he was 97 near the Sandringham estate early in 2019, emerging unscathed when his vehicle flipped over after colliding with another carrying two women and a baby.

He was initially trapped and had to to be helped out of the sunroof by a passing motorist.

Shortly after, he was pictured driving on the estate without a seat belt.

He voluntarily surrendered his driving licence and the Crown Prosecution Service confirmed he would face no further action.

The duke was the oldest serving partner of a reigning monarch.

He and the Queen celebrated a poignant personal milestone in November 2017 – their platinum wedding anniversary.

They marked the rare occasion – a first for a British monarch – surrounded by family and friends at a special black tie dinner in Windsor Castle.

In 1997, in a speech to celebrate their golden wedding anniversary, the Queen touchingly paid tribute to her husband, summing up his far-reaching influence.

“He is someone who doesn’t take easily to compliments,” she said. “But he has, quite simply, been my strength and stay all these years, and I, and his whole family, and this and many other countries, owe him a debt greater than he would ever claim, or we shall ever know.”

The duke had a profound effect on the development of the British monarchy and was a moderniser of The Firm.

He founded The Duke of Edinburgh’s Award scheme in 1956 and before his retirement was patron or president of 785 organisations and charities.

He could sometimes appear rude and insensitive and he became famous for his “gaffes” but others found him witty and fun and he was accomplished at breaking the ice on royal visits.

Philip was the youngest child and only son of Prince Andrew of Greece, an officer in the Greek army, and Princess Alice of Battenberg.

Although he was a Prince of Greece, he had no Greek blood and his complex background was in fact Danish, German, Russian and British. He was born on the Greek island of Corfu on June 10 1921.

In the early 1920s, Greece was politically unstable and Philip’s family fled in exile.

King George V ordered that a Royal Navy ship should evacuate them, and 18-month-old Philip was carried to safety in a cot made from an orange box in December 1922.

The family settled in Paris but Philip later went to stay with relatives in Britain, where he attended boarding school.

Although they had met previously, the 18-year-old Philip, and 13-year-old Princess Elizabeth – both great-great-grandchildren of Queen Victoria – had their first publicised meeting in July 1939 at Dartmouth Naval College.

The tall, blond, good-looking and athletic prince impressed Lilibet by jumping over the college tennis nets.

Philip was a dashing naval officer in the Second World War and saw active service against German, Italian and Japanese forces.

He married Princess Elizabeth in a fairytale wedding in the austere world of post-war Britain in November 1947.

Their idyllic life as a Royal Navy husband and wife was shattered when King George VI’s health began to fail.

He died in 1952 and the Queen acceded to the throne.

When the duke celebrated his 90th birthday in June 2011 he insisted on no fuss, but the Queen bestowed on him a new title – Lord High Admiral, titular head of the Royal Navy.

He was at the Queen’s side when she became the nation’s longest-reigning monarch in 2015, and when she marked her own 90th birthday in 2016.

In May 2017, it was announced that the duke was preparing to retire from public duties and tributes were paid to his decades of service.

On the day he retired, August 2 2017 at the age of 96, he rounded off his lengthy royal service with a trademark quip during his final official public engagement.

Chatting to Royal Marines who had just completed a gruelling trek, he told them, on the forecourt of Buckingham Palace: “You all should be locked up.”

He underwent a hip replacement operation in April 2018, but was well enough to walk unaided when he attended Harry and Meghan’s wedding in Windsor just over a month later. 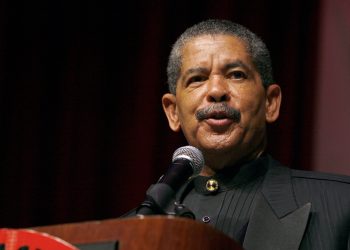 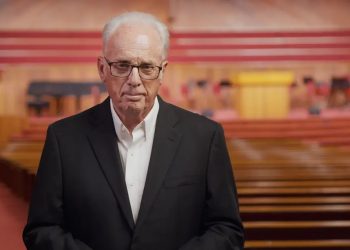 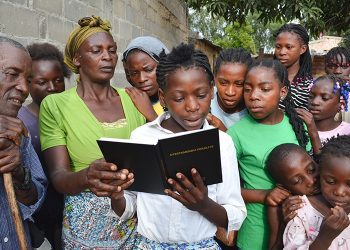 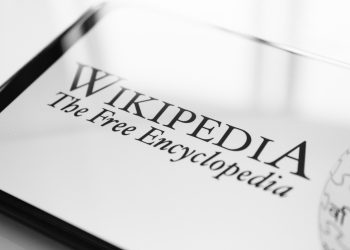 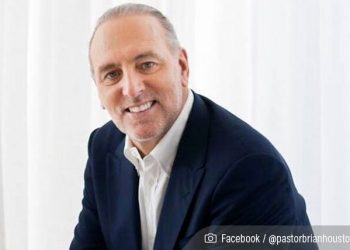 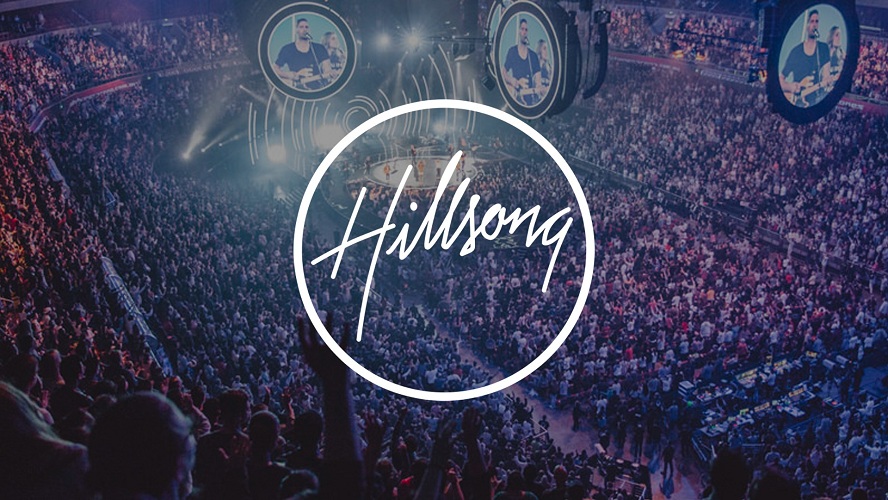