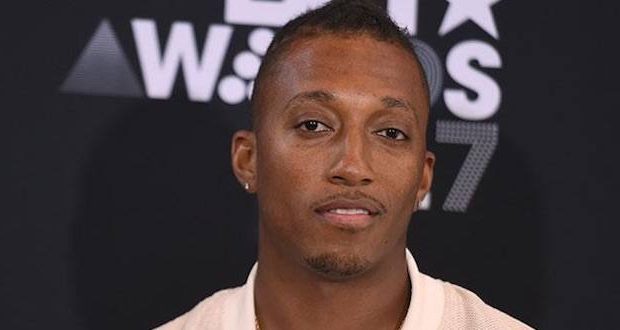 Heading inside the facility with fellow musicians Andy Mineo and Tedashii, Lecrae met with inmates to hear stories of how many of them had come to Christ, and tried to offer some hope and wisdom of his own.

The acclaimed artist visited in partnership with Prison Fellowship, a ministry organization that works with “talented people in entertainment and restorative programs to bring awareness to the 2.2 million people behind bars in America today.”

Making his way through the heavily fortified security gates Lecrae said he loves to “connect with people that society has forgotten.”

“It’s a community that I feel connected to,” he explained. “These are people that need love and need encouragement, that the world kind of forgets about.”

“God still loves them,” Lecrae added, “so do I.

But alongisde the joking around and playing basketball, the rapper didn’t hold back with speaking some wisdom into the lives of a couple of inmates who were soon to be released. Speaking to one over lunch, Lecrae said very firmly, “you’ve got to find a solid church community.” Previously, the rapper has said that a number of prominent musicians have sought him out to be their spiritual mentor.

Later on in the visit, Lecrae and his group, “116 Clique,” listened to some freestyle rap performed by inmates at the prison before laying down some bars of their own.

“I came to H-town. For the Lord Jesus, boy I gotta put it down,” Lecrae declared. “Came on the scene reppin’ Jesus Christ, you know I gotta bring the 116.”

“A lot of the time people when people commit shameful acts, we throw them away,” Lecrae explained. “God never does that. We do it, but God never does.”

Lecrae has had his own run-ins with the law, talking openly about his wild teenage years growing up in Houston, Texas.

“My uncles were young and wrapped up in the streets, gangs and drugs and just promiscuous,” he told CBN in a previous interview. “I idolized it. I wanted to be the gang member. I wanted every tattoo that [my uncle] had. I saw my first gun and all these different things. I was like, ‘This must be what it means to be a man.’”

Eventually, Lecrae found himself taking drugs and getting involved in the gang culture. But it was only when he was sitting in the back of a cop car having been arrested on a drug possession charge that he felt God speak to him in a powerful way — all through the kind actions of a police officer.
“The police officer goes to the back of my car, and he saw the Bible,” Lecrae recalled. “He came back to the police car and said, ‘Son, you’ve got a Bible in your car. Do you know what that Bible is about?’ I was like, ‘I need to.’ He said, ‘Today, I’m going to let you go, ‘cause I want you to get into that Bible and I want you to start living it.’ That really did something to me. I didn’t want to get into any kind of trouble like that again.”

Phaneroo set to light up Kenya