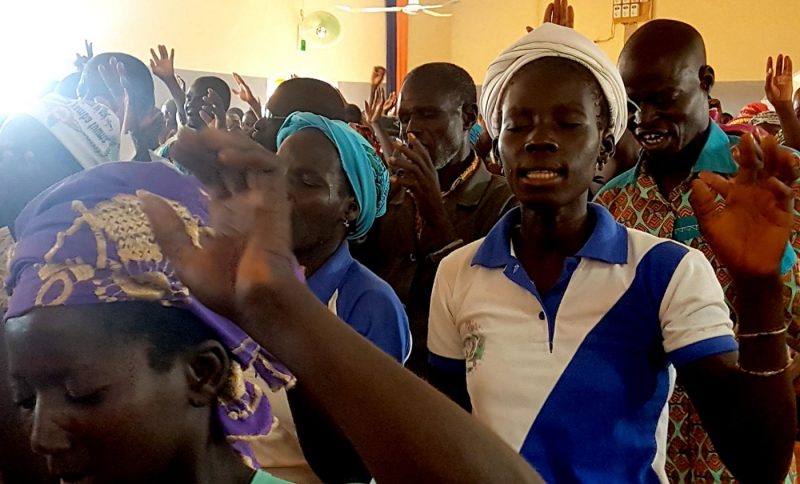 The Christian community in Burkina Faso is mourning the deaths of 14 people killed in a church attack on Sunday.

The attack happened at a church in the village of Hantoukoura, in the eastern part of the country, during the Sunday service.

Pastor Samuel Sawadogo, who cares for displaced Christians in the city of Kaya, spoke of the pain felt by the churchgoing community in the West African country.

“We don’t know who the attackers are,” he told Open Doors, which has been supporting Christians in the region with persecution preparedness training and trauma care.

“All we know is that they attack Christians. We are troubled and filled with pain over the deaths of our family members.”

The gun attack is “just the latest in a wave of Christian persecution in the West African nation”, Open Doors said.

The Christian charity puts the number of Christians killed in attacks in Burkina Faso so far this year at 41. An unknown number of pastors and their families have been abducted.

Christians make up around a quarter of the population in Burkina Faso, which until recently, had enjoyed relatively peaceful interreligious and interethnic relations.

Illia Djadi, Open Doors’ Senior Analyst on West Africa, said that the country was facing an unprecedented humanitarian crisis as a result of the violence.

“People are living in fear. The northern parts of the country have fallen into the hands of several Islamic militants and they have created a space that seems to be operating like an Islamic state. There are severe punishments for behaviour they regard as sinful,” Djadi added.

Some pastors and church members from the north have fled further south as Muslim extremists have expelled Christians from their villages.

They have gone to the central regions or the capital, Ouagadougou, where they are living in IDP camps or staying with family and friends.

Djadi said that not all of the attacks have been religiously motivated, but added that radical Islamic ideology has been allowed to spread across the country because of a power vacuum left by the end of President Blaise Compaoré’s 27-year rule in 2014.

“It has become vulnerable to the instability that plagues the greater Sahel region. A number of Islamic terrorist groups have easy access to Burkina Faso from their bases in neighbouring Mali.”