One on one with Renez Meble 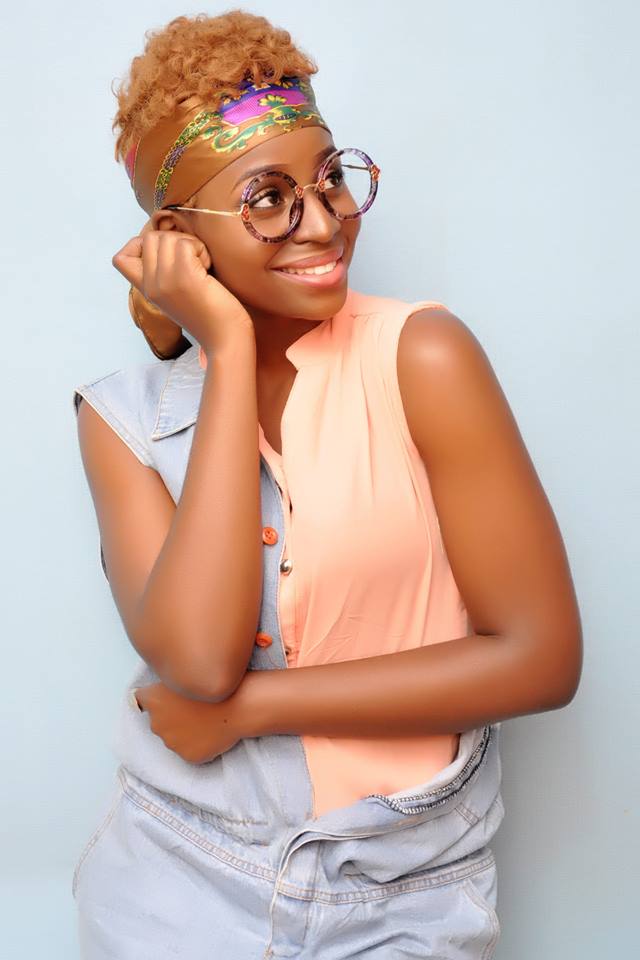 Nominated as one of the breakthrough artists in the VIGA awards 2019, Renez  Meble Kyakoba is not only just an artist but a TV presenter as well on Gugudde Tv, a Full gospel Church based TV station on a gospel programme that broadcasts Monday to Friday. Vine Pulse had time to dig deep into Renez ‘s life before and after stage.

VP: What is your background?

Renez: Renez Meble kyakoba real names was Born on the 30th Nov 1993, in a family of four girls raised by a single beautiful mother the Late Magezi Sarah who passed 2016 may rest soul rest in peace, Did my primary level from Penstar Primary school Makindye, for high school went to a number of schools but finished my Form six from Mary reparatrix Girls Entebbe. After I Joined Uganda institute of communication Technology in Nakawa where I earned my Diploma in Telecommunications engineering. And currently doing music as a career and managing an ushering company on the side

VP:Is Renez your real name? (what inspired you to use this as your stage name?)

Renez: No, it’s a name I created trying to be cool as a dancer in high school though in 2017 my mentor tried to find out what it meant and found out it was an acronym and each letter represented something, R- Re-asurring, E- Exciting, N- Natural, E- Eager and Z- Zeal. After knowing this which indeed truly represented me well I fell in love with it more guess it was God’s plan haahaahaa

VP: When did u get saved?

Renez: Say being saved is all I know ever since as a child. As little children our mother always woke us up every Sunday to go to Pastor Jamada Kikomeko (Uncle)’s church even though for her she never went to church she made sure we did. Though must say it’s till I lost my mama that I faced the real sour taste of life, lost it and doubted my faith but by God’s Grace he welcomed me back I always believe I serious gave my life to God late 2017 after knowing despite it all I couldn’t live without God.

VP:When did you start singing?

Renez: In 2012 was in Tanzania where I did my first recording with one of the best Catholic Choirs in Arusha, And later on a young good hearted man called Clauds, who believed in me convinced me that I could actually sing as a single Artist and he got me studio to do my first own project.

VP:What inspired you to become a gospel artists?

Renez: After years of trying to make it in the main stream industry I noticed it required more than just the talent and lots of competition. In 2015 did my first gospel single God’s love with producer D.king though hadn’t changed my mind truly cause always felt in gospel there was no money And being a church girl I always wasn’t comfortable with the secular music I tried to do, though then my focus was making money until my mentor (Mr. Jesse Ntaborwa) prayed and helped me notice things with a different mindset n one day he asked me to meet a friend of his to see what we could do, n who turned out to be Holy Keane Amooti with whom we recorded a song called Daddy and after recording he gave his reasons why he chose gospel adding that to all the things my mentor had told me, on that day I surely made up my mind of stabilizing and doing gospel also inspirational or love songs.

Renez: Honestly Yes, Though Not anymore I believe we are changing now and soon gospel music in Uganda will be appreciated world wide since have started seeing good quality projects.

VP: How have you developed your career?

Renez: By trying to work with the best so as to produce best quality good enough to cross beyond just the Ugandan gospel media but all over.

VP:Should we expect a show soon or an EP?

Renez: YES soon enough and when we do release the Album that am currently working on, we will let you know probably even prepare a listeners party for all those that support Renez Muzik.

VP: What challenges have you faced so far and how have you solved them?

Renez: Fore most would be finances, Cause they end up forcing me to ton down my dreams of how I would want my projects to look like. So I have to use what is available at hand to give the best.

VP: How do you see your career in the next decade?

Renez: I see my career creating a big brand recognised all over the world and raising hope in many and those who are in my lines of work

VP: Any advice to upcoming artists or those that aspire to be like you?

Renez: When you get a space where you feel untouchable something that makes you happy, fight for it to your bones to never lose that space. Never give up on what you love.

Zabuli’s “Can you praise” season one finalists

Pagan Roots of Halloween and Why Should Christians Care?