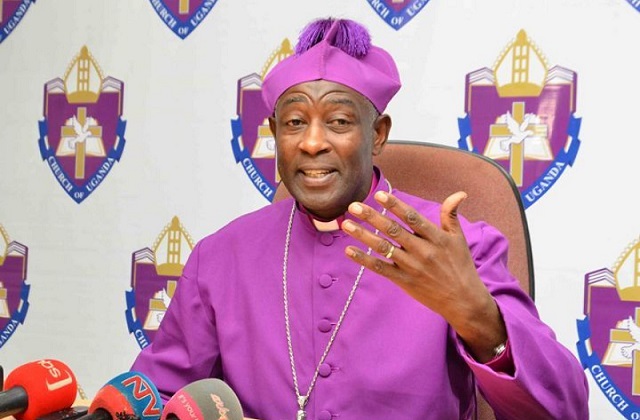 Proposed protocols on resumption of congregational worship in the course of the COVID-19 pandemic have been presented to the Ministry of Health, The Archbishop of Church of Uganda, the Most Rev Samuel Stephen Kazimba Mugalu has said.

Speaking during a digital prayer service at Namirembe in Kampala on Sunday, the Archbishop revealed that Anglican church officials finalized consultations with various stakeholders on safe measures to be adopted if churches and cathedrals under their pastoral care are re-opened.

“We have already submitted our proposals to the right people what we think will be considered when we are leading services. So we are just waiting,” said Kazimba.

His statement comes amid growing resistance to extended church closures even as the President Yoweri Kaguta Museveni continues to reopen the economy.

“Don’t trouble me so much by calling; you open churches. How could I close churches when I am the Archbishop? This is a health issue, let us work together. We are organizing councils and once the Ministry of Health is ready, we will open churches,” he said.

Currently there are 37 dioceses which make up the Church of Uganda. Each diocese is divided into archdeaconries, and these are further subdivided into parishes.

As of July 26, 2020, Uganda had registered 1089 positive cases, 976 recoveries, and 2 deaths. A cross section of authorities fear the cases may shoot up dashing hopes for the re-opening of churches any time soon.

Earlier in June, Archbishop Kazimba appealed to government to open places of worship, saying they can act as places of comfort to the people as the country eases the lockdown.

He urged that prayer institutions are more organised than markets, and “we are humble, disciplined and compliant with all necessary measures, including sanitisers, handwashing facilities and are allies in the pandemic campaign,” he said then.

In his most recent televised address to the nation on Tuesday, July 21, 2020, Uganda’s President maintained the ban on places of worship purporting that they attract huge numbers of people from various walks of life.

He called for an alliance between scientists and the Inter-Religious Council of Uganda (IRCU) aimed at formulating safety guidelines or Standard Operating Procedures (SOPs) for reopening places of worship.

“The churches attract a lot of people from different sources. So, I have asked the scientists to continue discussing with them (church leaders) how they think it can be done safely. For now, let’s maintain what we have been doing (the status quo). Let the scientists discuss with Inter-Religious Council on all those issues and once they agree with scientists, I will be happy to support it,” said Museveni on Tuesday.